To continuously improve our patented robotic technology to increase productivity and to protect the environment.

The developers behind Waterjet Robotics have spent nearly two decades developing the ENVIROBOT® system and designing it to meet the challenges of steel surface preparation while increasing productivity, protecting workers, minimizing processed waste and protecting the natural environment.

The ENVIROBOT® combines ultra high pressure water to strip coatings and uses a custom vacuum system to collect all effluent from the paint removal process for disposal. The ENVIROBOT® magnetically attaches to steel surfaces and is easily navigated with a wireless remote control. Removing coatings at a rate of 500 to 3000 sq. ft. per hour, the ENVIROBOT® can traverse the most challenging surfaces. The semi-automated system has proven to deliver significant economic and environmental advantages over traditional grit blasting and manual UHP processes including:

With over 3 years in the development stage, Waterjet Robotics is pleased to announce that in 2018 the decision was made to bring its latest UHP unit, the Scorpion, to market. This smaller, yet powerful, robot was designed to work on smaller projects, in tighter spaces and with a reduced support staff. If you thought the ENVIROBOT® was out of your reach, then the Scorpion was designed just for you.

Contact us today for an on-site demonstration of the ENVIROBOT® or the new, smaller SCORPION.

The mission of Waterjet Robotics U.S.A., LLC is to develop and produce the highest productivity automated waterjetting technology at the lowest operating cost that will give value to the customer.  Waterjet Robotics' patented automated technologies eliminate the waste products, while reducing the time and expense of the entire coating removal process.

After many years in development and operations, a business plan was developed in 2007 that allowed the Enivrobot to begin working as an independent entity and in early 2015 Waterjet Robotics U.S.A., LLC emerged as a privately held company with corporate headquarters in Palm City, Florida  Waterjet Robotics U.S.A., LLC holds all the patents to their exclusive UHP robotic technology.

Stephen R. Johnson has been involved with the ENVIROBOT® since February 2001 when he served on the Advisory Committee and then as a Director for Ultrastrip Systems Inc.  Mr. Johnson joined Ultrastrip as Senior Vice President of Marketing in January of 2003 and in September 2003 became President and Chief Executive Officer.  In September 2005 the company was renamed Ecosphere Technologies Inc., and Mr. Johnson served as President of Ultrastrip Envirobotic Solutions, Inc. until October 2007. In 2007, the Envirobot system was established as a seperate business model and Mr. Johnson was elected CEO. In February 2015 Waterjet Robotics U.S.A. was formed by Mr. Johnson and Mr. Odwazny to further the development of the Envirobot UHP systems.

Previously Mr. Johnson served as Vice-President for the Ocean Development Company, a cruise ship construction company, from 1998 to 2001.  Mr. Johnson was President of Marine Management Consultants from 1997 to 2002.  From 1994 to 1996, Mr. Johnson was President of Atlantic Marine Inc. a ship repair and conversion facility in Mobile, AL, and served as their Vice-President from 1991 to 1994.  During a more than 20 year career with Bethlehem Steel Corporation, he held positions that included President of the Ocean Shipping subsidiaries and Senior Manager of the Sparrow Point Shipyard.  Mr. Johnson holds a Bachelor of Science degree in Marine Transportation from the S.U.N.Y. Maritime College at Fort Schuyler.  He also attended the Senior Management Course at the Harvard School of Business, the AMA President’s Course, and the Seatrade Academy in London.

Waterjet Technology for the Marine and Industrial environments 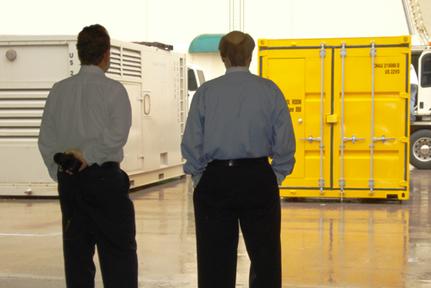